The Indian state of Rajasthan is famously famed as the Home of the Kings, is a wonderful example of the country’s ancient richness and glory, traces of which still remain in the air of this land. Visit the magnificent land of maharajas with Rajasthan tour packages, with a rich blend of history, culture, music, and cuisine, falling in love with the state doesn’t require much time.

The state has more history than the entire country set together- with their opulent palaces, museums, and grand forts. Traditional handicrafts, golden-sand deserts, delightful cuisine, and jaw-dropping palaces contribute to making Rajasthan a perfect holiday destination.

Rajasthan overflows in forts that offer extensive vistas of the scenic landscape. The three most prominent forts in Rajasthan are Mehrangarh Fort in Jodhpur, the Amber Fort in Jaipur, and Jaisalmer Fort, usually identified as Sonar Quila. Don’t forget to greet everyone “Khamma Ghani” while you’re here!

Rajasthan also has many palaces of historical significance, the popular ones being the Jaipur City Palace and the Umaid Bhawan Palace. Both of these palaces mark back to long times, and you can view the furniture and other things practiced by the royal families on a look in these palaces.

What is the best time to visit Rajasthan?

The most suitable time to tour Rajasthan is within October and February, which is the winter period. The temperature remains attractive during the day throughout winters making it ideal for traveling to all the temples, palaces, and forts.

July to September can also be a great time to tour as the often dry state gets some rainfall. Still, the temperatures and humidity are mostly high—the state experiences notably high temperatures throughout the summer season, which start in March and continue till June.

The Pink City is the capital of Rajasthan. It was established in 1727 by Maharaja Sawai Jai Singh. With plenty of sites to explore and discover, it is a tourists’ delight. The 18th century Jantar Mantar and the Hawa Mahal are an icon of the city. Other attractions include the Nahargarh Fort, Albert Hall Museum, Jal Mahal, and Birla Mandir.

The City of Lakes: Nestled in the magnificent Aravalli, Udaipur is blessed with abundant palaces, natural beauty, and a profusion of lakes. Lose yourself in the royal splendor as you travel to the City Palace, Lake Palace, Monsoon Palace, and Kumbhalgarh Fort.

A retreat in the center of the Thar Desert, Jaisalmer is a feast for the eyes. The Jaisalmer Fort is the most prominent of all the state’s forts and has an impressive appearance. Get the jaw-dropping Rajasthan experience with camel rides to Sam dunes and give your honors to India’s brave souls at the Longewala border post.

The Blue City of Rajasthan: Jodhpur has a royal presence that quickly matches its larger cities. The former Mewar state’s former center of control is home to many temples, forts, and palaces. The Mehrangarh Fort stands superbly above the town as it still keeps watch today. Other attractions worth marking out are Jaswant Thada, the Umaid Bhawan Palace, Ghanta Ghar clock tower, and Mandore Gardens.

The Ajmer Dargah is a pilgrimage place here visited by hordes of tourists. The Nag Pathar areas that shield the city from the most damaging of the heat are one of its key attractions. The Nareli Jain Temple and Ana Sagar Lake are other places of interest here.

Chittorgarh has Maurya heritage and was about as old as 734 AD. It is recognized for being the birthplace of Maharana Pratap and Meera Bai. It has great historical significance. Its many heritage forts and buildings reverberate with history and traditions that became legends. The Chittorgarh Fort, Rani Padmini’s Palace, Rana Kumbha Palace, and Kalika Mata Temple are a few great places you should check out.

The dishes of Rajasthan are mainly vegetarian and provide a wonderful variety of mouth-watering dishes. The food here is proper for the weather, water availability, and other environmental factors of the region.

Rajasthan is full of its culture. The culture here acquires a lot of its color, significance, festivity, and spice, frequently literally from the various and excellent cuisine here.

The state’s specialties are certainly some of India’s unique, richest, and most loved preparations. Names such as Moong Dal ka Halwa, Dal Bati Churma, Ghevar, Rabdi, and many more are admired all across, particularly in North India. Your Rajasthan tours might remain incomplete if you don’t try the delicious specialties the land offers, notably the Rajasthani thali. 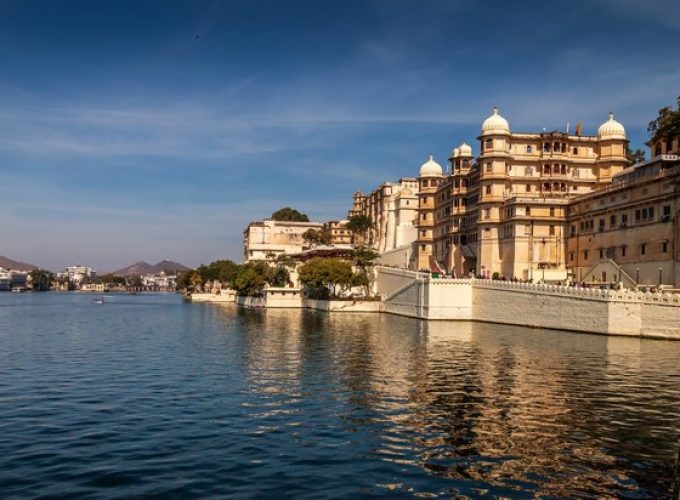 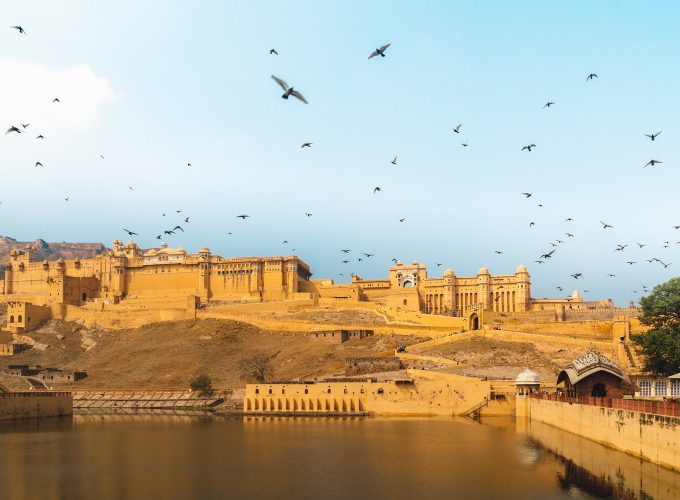 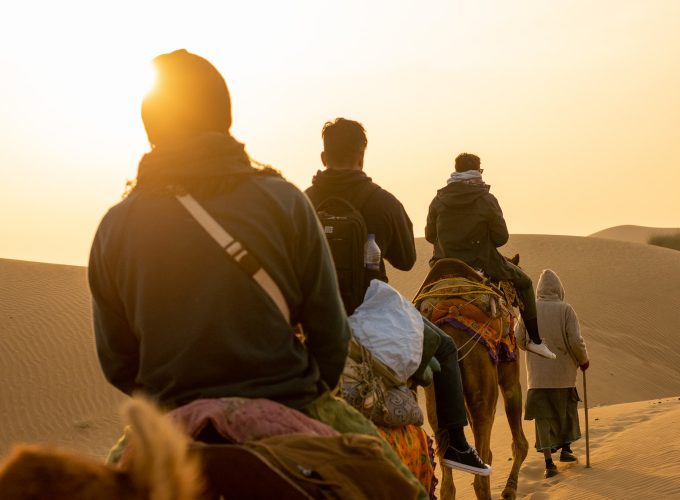 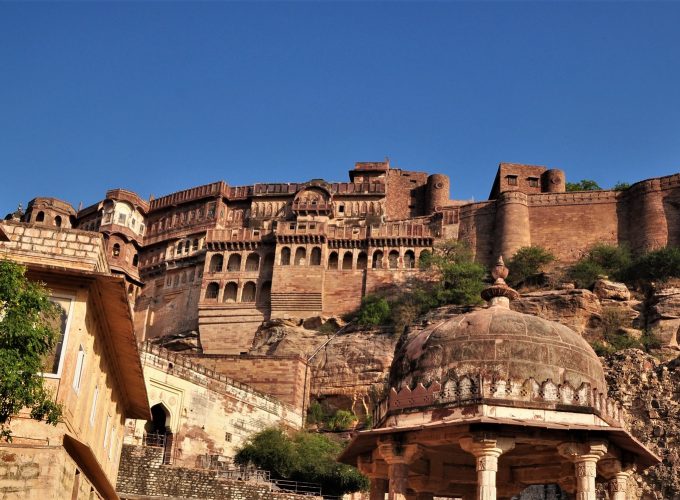 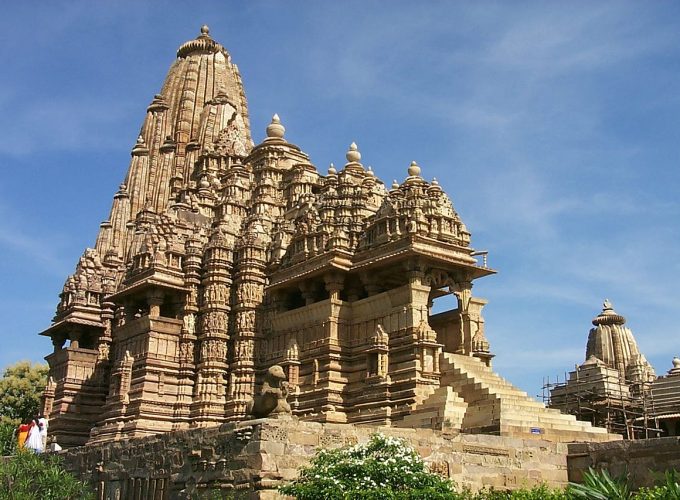 From the beauty of Mehrangarh Fort to the serene environs of Balsamand Lake, Jodhpur outlines the art, culture, and grace of nature through its architectural wonders and draws. And the Golden City shares this stunning appeal with popular visitor places near Jodhpur that are full of natural beauty to the heart. So if you’ve been […]

Are you planning for family holiday destinations? Pick your dates and pack your bags to the ‘Venice of the East’! Searching for your honeymoon? Book Rajasthan tours and head towards Udaipur! Craving for some peaceful moments with friends? Escape to the ‘City of Lakes!’ No matter what you’re desiring, Udaipur will indeed satisfy all your […]

Rajasthan is among the best places to visit during your India tours, and the area abounds with many sightseeing places. The most promising part is that one can travel to Rajasthan throughout any period of the year, and you can appreciate the site to the fullest. During Rajasthan tours, you need to follow a few […]